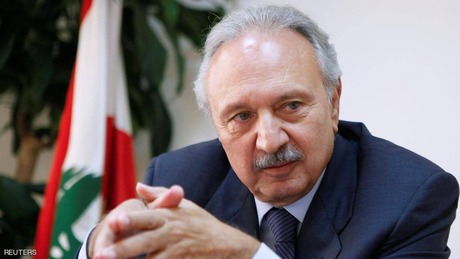 Ex-minister Mohammed Safadi on Sunday said he has requested to appear before the financial prosecutor to refute allegations about the Zaitunay Bay promenade and marina.

“After the issue of Zaitunay Bay was tackled in a false manner, and after the controversy, ambiguity in people’s minds, the launch of accusations and the claims about the presence of violations, Minister Mohammed Safadi took the initiative of calling Financial Prosecutor Ali Ibrahim and asked him to schedule a meeting,” Safadi’s office said.

“He urged him to launch a complete and comprehensive probe and to hold accountable any wrongdoer in order to wrap up the file once and for all,” the office added.

Safadi, who is a partner in the Zaitunay Bay project, has been accused of being involved in a venture that encroaches on public seaside property and of suspected money laundering and other violations.

The office said Safadi was “surprised” by the statement which “divulged the details of negotiations” between him and Hariri, which he had wanted to remain confidential.

Describing the statement as an attempt at “political exploitation,” the office said Hariri did not keep promises made to Safadi to convince him to accept the nomination.

“This prompted me to declare my withdrawal and today I call on everyone to show prudence and realize that Lebanon is bigger than us all and that it is in impending danger,” Safadi said in the statement.

What a show and what a farce. the problem is that the magistrate Ali Ibrahim is also corrupt .

Before the war Zaitunay was a den for prostitutes but they had more honor and dignity than the current tenants.

politics politics.. they're playing politics yet no one wants them..

they think they're still allowed to play politics.. this is exactly what Lebanese want to change..

The lies, the pointing, the back-stabbing, the cozy financial corrupt alliances and the politics politics to distort the truth..

The Lebanese want you all gone for the same reason mentioned in the article..
kilon ye3ni kilon

All for show---why so many cases all of a sudden, which most likely will lead nowhere. These guys may be thieves in our eyes, but they know how to hide their trail and money.