Hazard Says Belgium are Mentally Stronger ahead of Euro 2020 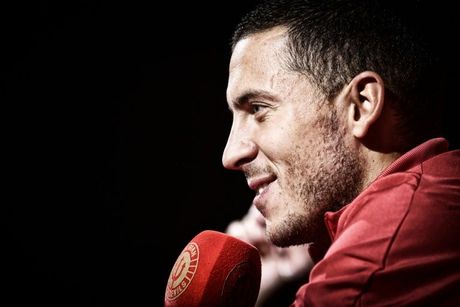 Belgium captain Eden Hazard on Monday said the 2018 World Cup bronze medalists are "stronger" than they were a year ago and have developed a "winning mentality."

Roberto Martinez's side host Cyprus in their final Euro 2020 qualifier on Tuesday, having already booked their place at next year's finals and secured top spot in Group I.

"We have two more years of experience, two more years with the coach," said Real Madrid's Hazard, who scored twice in Saturday's 4-1 win over Russia.

"We know each other better, we have young players... I think we are stronger.

"It's even more with the question of mentality that I think we've evolved. We've started to have the winning mentality that we didn't have enough at Euro 2016 or the World Cup."

Belgium, the world's number one-ranked side, were stunned by Wales in the Euro 2016 quarter-finals and lost to France in the World Cup semis in Russia.