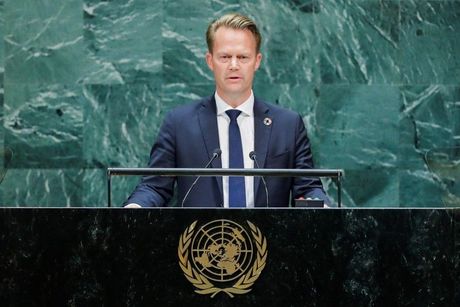 Denmark's government on Tuesday offered to lead a NATO mission to train Iraqi forces, saying it was prepared to send 200 troops to Iraq at the end of next year.

The year-old NATO mission, which provides around 500 soldiers that advise and train Iraqi troops, is currently led by Canada, whose time in charge ends in late 2020.

"We have told NATO we could take the lead" in the operation, Danish Prime Minister Mette Frederiksen told parliament on Tuesday.

"We are doing this because it is an important task that should be followed through in Iraq," Frederiksen said.

The Danish contribution, which first must be approved by a parliamentary vote, will include 13 soldiers to supervise troops and about 70 soldiers to train helicopter forces.

The proposal will be presented at a NATO meeting in London in early December, the Danish foreign ministry said in a statement.