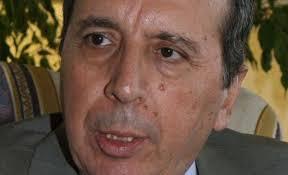 MP Jamil al-Sayyed has stressed that no premier-designate will be picked next week to form the new government.

“According to the obvious indications, there will be no government next week and the issue is related to its shape,” al-Sayyed, who is close to Hizbullah, said in a TV interview.

“Hizbullah won’t cede in peacetime what it didn’t cede in wartime,” al-Sayyed emphasized, suggesting that calls for forming a technocrat government are aimed at reining in Hizbullah’s political influence.

“Several proposals were raised, the first of which was the exit of all former ministers from the government, including foreign minister Jebran Bassil,” the MP said.

“The president informed Hizbullah of this format and the latter dispatched finance minister Ali Hassan Khalil and Hizbullah secretary-general’s political aide Hussein Khalil to resigned PM Saad Hariri to inform him of this format, but he then moved to demanding other things, including the formation of a technocrat cabinet,” al-Sayyed revealed.

He added that Hariri then demanded a technocrat cabinet, the dissolution of parliament and the finance portfolio.

At this point, Hizbullah, the Free Patriotic Movement and the AMAL Movement “preferred to keep the caretaker cabinet,” al-Sayyed said.

Hizb Ebola... yes!!! you will surrender to the lebenese people.... time is not on your side ;)

Afraid of change, illegal armed militia? Well, no matter how many thugs you send to beat up protestors and how long you procrastinate, something is going to happen. What, nobody knows and it's not going to be pretty.

But if you think it will all just go back to old days where the country is robbed blind and you hide behind it all, you are for a hard one.

Sayed is the first thief and Syrian dog. You should be in jail for selling your own country to an external country, you pledge allegiance to Syria first then Lebanon. That's the different between a true veteran and you.