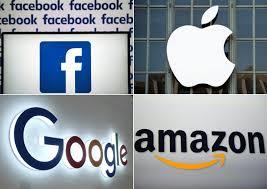 France warned the United States on Tuesday of strong EU retaliation if it imposed tariffs on French products ranging from sparkling wine to cheese and handbags, in an intensifying row over taxing digital giants that risks spiraling into a new trade war.

The French parliament infuriated the administration of President Donald Trump in July by adopting a law taxing digital firms like Google, Apple, Facebook and Amazon for revenues earned inside the country.

Talks to resolve the issue have so far failed, and on Monday Washington threatened to impose tariffs of up to 100 percent on $2.4 billion in French goods including champagne, cosmetics, yoghurt and Roquefort cheese.

This issue risks adding to tensions between France and the United States, after Trump also took umbrage at comments by President Emmanuel Macron casting doubt on the effectiveness of NATO.

"We were in contact yesterday with the European Union to ensure that if there are new American tariffs there will be a European response, a strong response," French Finance Minister Bruno Le Maire told Radio Classique.

"This is not the sort of behavior one expects from the United States with respect to one of its main allies, France, and to Europe in general," Le Maire said, while adding that he wanted to avoid a pattern of "sanctions and retaliation."

The EU backed up his comments, with commission spokesman Daniel Rosario saying that "as in all other trade-related matters the EU will act and react as one and it will remain united."

The EU Commission is "coordinating closely with the French authorities on next steps", Rosario said.

Speaking ahead of talks with Macron and other Western leaders at the NATO summit in Britain, Trump condemned the French tax while insisting he was "not in love with those companies, Facebook, Google, all of them".

"If anybody is going to take advantage of American companies it's going to be us. It's not going to be France," he said.

The U.S. president was already on the warpath against Macron over his recent comments that NATO was experiencing "brain death," which Trump said were "very, very nasty."

Macron has devoted considerable energy into creating a close diplomatic relationship with Trump, notably seeking to persuade him to talk directly to Iran's leadership over its contested nuclear program.

The French president said after hosting Trump for the G7 summit in August that an agreement could be reached on the tax dispute, but so far this has not materialized.

The Organization for Economic Cooperation and Development (OECD) put forward initial proposals in October for a "unified approach" in the hope of reaching an agreement next year.

France, backed by Britain and others, argues that multinational digital giants must pay taxes on revenues accrued in a country even if their physical headquarters is elsewhere. But Washington says that U.S. companies have been singled out.

The French tax imposes a three percent levy on the revenues earned by technology firms in France, which often come from online advertising and other digital services.

It targets revenue instead of profits, which are often reported by tech giants in low-tax jurisdictions like Ireland or Luxembourg in a practice that has enraged governments.

This could affect the EU's ability to respond in a united fashion, with smaller states where the companies have their headquarters less enthusiastic about the tax.

The dispute risks opening another front for the United States in a succession of trade disputes.

The U.S. and China are already embroiled in a trade war, and Trump said this week that tariffs would be reinstated on Argentina and Brazil, accusing them of manipulating their currencies and hurting US farmers.

But despite Trump's repeated threats to retaliate against French wines, only sparkling wine like Champagne made the tariff list.

The measures could be imposed after January 14, the last date set by the U.S. authorities for comments on the action.