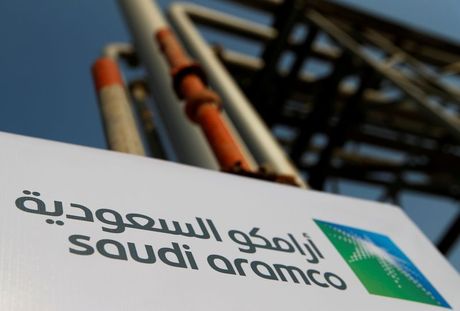 Saudi Aramco is set to conclude Wednesday the bidding period for what is expected to be the world's biggest share sale, with the energy giant pinning its hopes on regional sovereign investors.

The world's most profitable company is seeking to raise up to $25.6 billion -- a fraction of the $100 billion it once sought -- from its much-delayed initial public offering that is heavily focused on domestic and Gulf investors.

The sale of 1.5 percent of the energy giant has so far been oversubscribed, financial advisers say, with bidding for institutional investors set to close at 1400 GMT on Wednesday.

The share sale is on course to beat Chinese retail giant Alibaba's $25 billion world-record IPO of 2014, but "the proceeds would barely cover the kingdom's budget deficit for a year", Capital Economics said.

International investors have baulked at Aramco's valuation of between $1.6 trillion and $1.7 trillion -- a figure still well short of the valuation of $2 trillion targeted by the kingdom's de facto ruler, Crown Prince Mohammed bin Salman.

Amid tepid demand, Aramco executives have cancelled IPO roadshows in the United States and Europe.

However Gulf ally Abu Dhabi plans to stump up as much as $1.5 billion, while the Kuwait Investment Authority will invest $1 billion, Bloomberg News reported.

Saudi Arabia has pulled out all the stops to ensure the success of the IPO, a crucial part of Prince Mohammed's plan to wean the economy away from oil by pumping funds into megaprojects and non-energy industries.

Saudi banks have offered citizens easy "IPO loans" and nationalists have called for investment as a patriotic duty.

Aramco also dangled sweeteners for local investors, including promises of higher dividends and the possibility of bonus shares if they hold on to the stock.

The economic jewel of Saudi Arabia produces about 10 percent of the world's oil and is considered the pillar of the kingdom's economic and social stability.