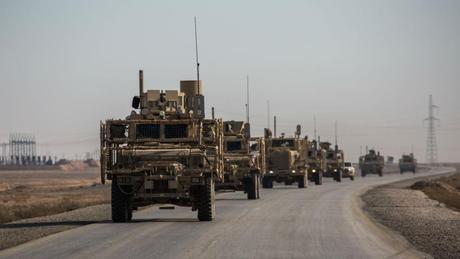 Security forces found launchers with rockets that had not been fired properly, indicating a larger attack was planned, a military statement said.

It is the latest in an uptick in rocket attacks targeting either Iraqi bases where American troops are located or the U.S. embassy in Baghdad.

Security sources told AFP that the wounded in Monday's attack belong to Iraq's Counter-Terrorism Service, an elite unit that was created and trained by U.S. forces.

Two of them are in critical condition, the sources said.

There have been at least nine attacks against U.S. targets in Iraq in the span of six weeks.

There have been no claims of responsibility and no U.S. forces have been wounded.

Security sources have linked at least one last week to Kataib Hezbollah, a powerful Shiite faction close to Tehran and blacklisted by Washington.

Iran holds vast sway in Iraq, especially among the more hardline elements of the Hashed al-Shaabi, a security force largely made up of Shiite militias.

A U.S. defense official told AFP the rocket attacks made the Hashed a bigger security threat to American troops in Iraq than the Islamic State group, the jihadist movement which the U.S. has vowed to help Baghdad wipe out.

Tensions between Iran and the U.S. have soared since Washington pulled out of a landmark nuclear agreement with Tehran last year and reimposed crippling sanctions.

Baghdad -- which is close to both countries and whose many security forces have been trained by either the U.S. or Iran -- is worried about being caught in the middle.

U.S. officials say they are considering plans to deploy between 5,000 and 7,000 additional troops to the region to counter its arch-foe Iran.