China Says in 'Close' Contact with US as Tariff Threat Looms 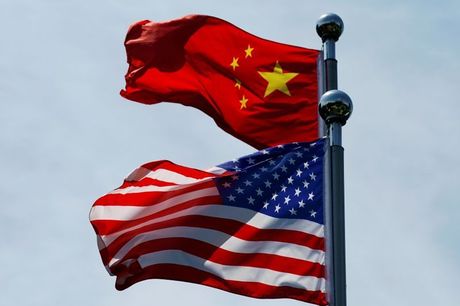 Beijing and Washington are keeping in "close" contact over a potential phase-one deal to resolve their trade war, China's commerce ministry said Thursday, days before another possible tariffs salvo.

Negotiators are still trying to hammer out a mini agreement, but tensions could escalate again if President Donald Trump goes through with a planned increase in import levies on Sunday.

Trump had earlier announced a 15 percent tariff increase on $156 billion of Chinese exports to the US, due to be imposed on December 15, and there has been no word from the White House on a possible delay to that date.

The removal of tariffs is a key demand of Beijing's in the talks.

"The negotiating teams are maintaining close communication with each other," China's commerce ministry spokesman Gao Feng said at a press briefing.

He declined to comment on how China would react if a fresh round of import duties was imposed.

Beijing had lifted those tariffs earlier this year as a goodwill measure while trade talks were underway.

China's state council tariff office in August had announced punitive tariffs of five to 10 percent on over 5,000 goods from the US worth over $75 billion, starting September 1 and December 15.

US-made mango juice, electric buses and chemical products face 10 percent duties from December 15 while smaller aircraft, hand pumps and bearings will be hit with five percent taxes, according to the list.

The new US tariffs would target Chinese goods that were not previously hit by US duties -- including about $12 billion worth of toys, cellphones, laptops and tablet computers.

"The reality is that those tariffs are still on the table," Trump's top economics adviser Larry Kudlow said on Tuesday, although he added that the US president had struck a "constructive and optimistic tone" on China.

The White House has said its tariffs are aimed at forcing China to change unfair trade practices, including subsidies and theft of intellectual property.

Trump has insisted that China should buy $40-$50 billion-worth of US agriculture products as part of the deal, which critics say is unfeasible.