Algerians Mass in Capital in Protest at New President 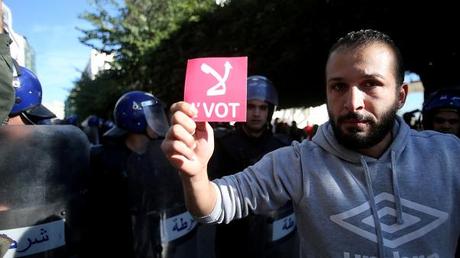 Huge crowds massed in Algeria's capital Friday in protest against the election of a former loyalist of deposed leader Abdelaziz Bouteflika as president in a widely boycotted vote, an AFP journalist said.

Demonstrators vowed to keep up their campaign for the total dismantling of the political system following Abdelmadjid Tebboune's victory in Thursday's poll, which they denounced as "rigged.".