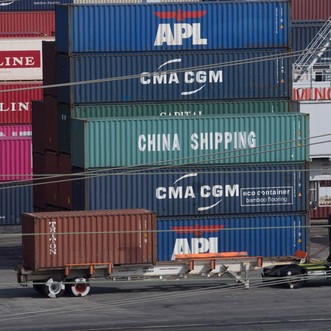 China announced Thursday a list of US chemicals that will be exempted from import tariffs, just under a week after Beijing and Washington agreed a trade agreement that a dialled down tensions between the two.

The world's biggest economies have exchanged blows for more than a year, on Friday announced a mini-agreement to reduce some levies in a bruising trade war that has dragged on global growth.

Beijing released a list Thursday of products that will no longer be subject to the tariffs, including certain types of industrial glue and adhesives, industrial polymers and types of paraffin, which can be found in cosmetics and food.

The exemptions will come into force from December 26 until December 25 next year, according to a statement from the Customs Tariff Commission of the State Council.

Last week's "phase one" deal saw US President Donald Trump cancel a planned new wave of tariffs on Chinese products, and China in turn saying it would suspend additional measures on US goods.

However, nothing has yet been signed.

In September, China said it would exempt 16 categories of US products from tariffs including seafood items and anti-cancer drugs.

China announced earlier this month that it will offer a tariff waiver to "some" imports of major products US soybean and pork.

Beijing has increased tariffs on US pork three times since the trade war started.