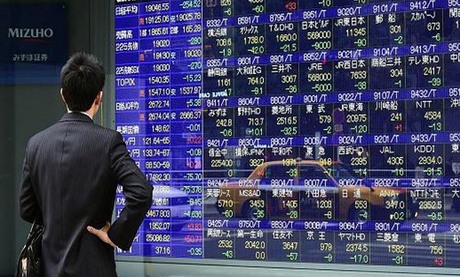 Most Asian markets rose Friday but investors struggled to maintain a rally triggered by easing US-Iran tensions the previous day, as focus turned back to the global economic outlook.

The toning down of rhetoric from Donald Trump and Tehran following an Iranian missile attack on US assets in Iraq soothed concerns about a possible conflict in the Middle East and lit a fire under global equities on Thursday.

That allowed dealers to resume a buying spree that had characterised business for the past few weeks, cheered by China and the United States reaching a trade deal, central banks easing monetary policy and data pointing to an improved global outlook.

"Even though we are hitting close to... all-time highs, we still feel pretty excited about this market," Invesco strategist Timothy Horsburgh told Bloomberg TV.

"What we've seen over the past couple of days with some of this relief rally, this is indicative of a market that's wanted to go higher for a while now as a result of better fundamentals and a little bit of optimism around reaccelerating growth here in the US."

There appeared to be little negative market reaction to claims by Canada that Iran shot down an airliner in Tehran this week, killing 176 people.

Investors are now looking to the release later in the day of US jobs figures for a better idea about the state of the world's top economy, while next week sees China and the US put pen to paper on their mini trade deal.

The "critical payroll data comes as a most welcome distraction and will provide an essential update on the pace of US job gains", said Stephen Innes at AxiTrader.

"With US economic growth mostly dependent on the consumer, a healthy labour market is crucial to any constructive 'risk-on' narrative".

"With the market backdrop remaining supportive –- namely, improving macro, central bank easing, and receding... risk around trade, Brexit, and the Middle East, the path of least resistance remains up."

Oil prices were flat, with the sharp gains enjoyed in the wake of the US assassination of Iran's top general last week being wiped out by easing tensions. The commodity is now below levels seen before the killing.

Innes added that with "the chance of a proxy or rogue threat of disruption to physical supply still elevated, we could see a floor start to build around current (price) levels".

"At the same time, traders will now turn the focus back on the relatively pedestrian views around trade and data, which remain positive for oil."

West Texas Intermediate: DOWN two cents at $59.54 per barrel