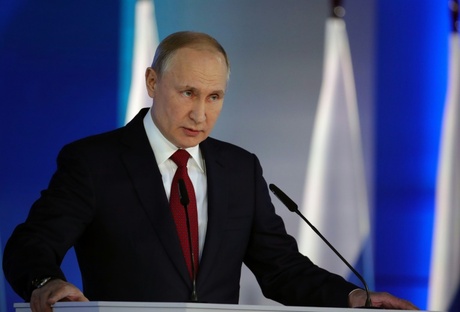 Russian President Vladimir Putin will take part in a peace conference on Libya in Germany on Sunday, as world powers step up efforts to find a lasting ceasefire.

The peace talks in Berlin will focus on stopping the fighting and launching a "broad political dialogue" under the auspices of the United Nations, the Kremlin said.

Libya has been in turmoil since dictator Moamer Kadhafi was killed in a 2011 NATO-backed uprising.

"On January 19 Russian President Vladimir Putin will visit Berlin to take part in the International conference on Libya," the Kremlin said.

Earlier in the day, Russia's acting foreign minister Sergei Lavrov said preparations for the peace conference were nearly ready but lamented that the war-scarred country's rivals refused to speak to each other.

But he underlined the huge tension between the heads of Libya's warring sides -- Haftar in the east and the head of Tripoli's UN-recognised government Fayez al-Sarraj.

"So far ties between them are very tense, they don't even want to be in the same room to say nothing of meeting each other," Lavrov said.

Earlier this week, the two men attended talks in Moscow but Haftar left without signing a permanent truce.

Lavrov said it was important for both sides not to "repeat past mistakes" and put forward additional demands after the Berlin conference.

Libya has been in turmoil since dictator Moamer Kadhafi was killed in a 2011 NATO-backed uprising.
This is a pure lie. NATO had to go in and clean up Qatar's mess, which prompts the suggestion that Qatar is qualified to join NATO.
Russia would be wise not to interfere in NATO's assistance to the various governments in Libya.

And if AFP is suggesting that Mohammed bin Salman, Emir al Thani, and the other Persian Gulf monarchs, as well as the Pharaoh of Egypt, are dictators and need to be killed in a NATO-backed uprising, well, what's it worth to you?