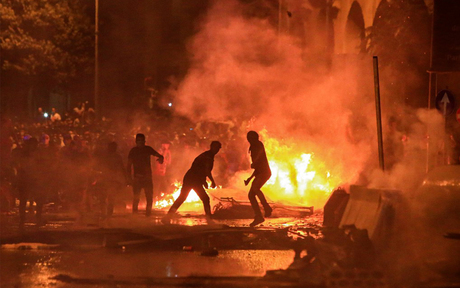 Clashes in downtown Beirut between protesters and police on Wednesday left 86 individuals injured, according to a toll compiled by the Lebanese Red Cross.

Thirteen Red Cross groups responded yesterday during the clashes in Beirut, it said, pointing out that 14 individuals were taken to hospital for treatment while 72 were treated on the spot.

Security forces had fired tear gas and water cannons at anti-government protesters in central Beirut, after some of them hurled stones firecrackers and uprooted trees and began dismantling a huge security barrier outside Nejmeh Square where the parliament is located.