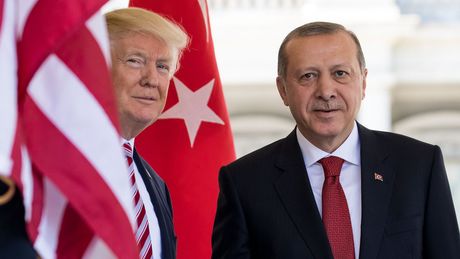 "Jerusalem is sacred for Muslims. The plan to give Jerusalem to Israel is absolutely unacceptable. This plan ignores Palestinians' rights and is aimed at legitimising Israel's occupation," Erdogan said, quoted by CNN Turk broadcaster.

"The plan outlined will not serve peace or bring about a solution," he added.

As part of the plan, future Palestinian statehood would be based on a series of strict conditions -- including requiring the future state to be "demilitarised."

Turkey-Israel relations are currently tense while Erdogan regards himself as a champion of the Palestinian cause.

When Washington recognised the capital of Israel as Jerusalem in 2017 and moved the embassy there, Turkish officials repeatedly criticised Trump's decision.