Rafik Hariri Hospital: 3 Out of 34 Isolated despite Showing No Virus Signs 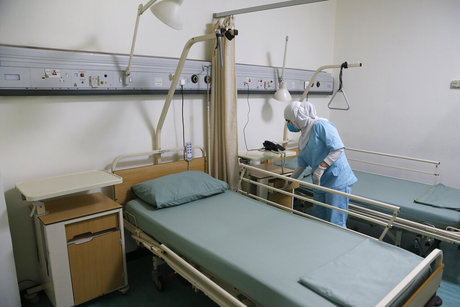 The Rafik Hariri University Hospital announced Monday that three out of 34 people examined for the coronavirus over the past 24 hours have been quarantined although they tested negative.

Accordingly, the hospital said the number of those quarantined has risen to five – four who have “tested negative” and a 45-year-old woman who tested positive and was declared Friday as the country’s first coronavirus case.

The woman “is in a stable condition and is receiving the necessary treatment,” the state-run hospital added in a daily statement.

“Lab tests were conducted for 29 cases and they all tested negative as three patients were discharged from hospital after being asked to isolate themselves in their homes for 14 days,” the hospital said.

“They were provided with all the necessary instructions and prevention means, according to the directions of the World Health Organization,” the hospital added, noting that the three individuals had tested negative twice.

Two Iranian planes and an Italian plane landed Monday at Beirut’s airport where they were inspected by Health Ministry teams.

Iran and Italy have emerged as two of the virus’ main hotspots in the world along with South Korea and the epicenter China.

Iran's confirmed death toll rose to 12 on Monday, with the government promising transparency and dismissing a lawmaker's claim the toll could be as high as 50.

The World Health Organization said Monday that COVID-19 had "peaked" in China but warned the surge in cases elsewhere was "deeply concerning" and all countries should prepare for a "potential pandemic."