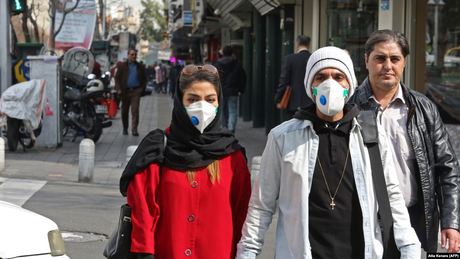 Iran "seems to be concealing" information on the coronavirus, which has officially killed 19 people in the country, media rights watchdog Reporters Without Borders said on Wednesday, accusing it of blocking independent reporting of the outbreak.

The Islamic republic "seems to be concealing information about the epidemic in line with China's example", the NGO known by its French acronym RSF said in a statement.

"The authorities insist they have the situation under control but they have refused to publish exact figures for deaths and infections and have obstructed journalists trying to cover the story," it said.

RSF said freelance journalist Mohammad Mosaed was interrogated by Revolutionary Guard intelligence officials on February 23 over messages he had posted on social media concerning the epidemic.

He was released after questioning, but his phone and computer were seized and his Telegram messenger and Twitter accounts closed.

According to Iranian cyberpolice, 24 people have been arrested and charged with spreading fake news about the epidemic.

President Hassan Rouhani, meanwhile, accused Iran's arch foe the United States of trying to use propaganda about the virus to instill "fear" against the country.

The Americans "themselves are struggling with coronavirus", Rouhani said in a weekly cabinet meeting, a day after US Secretary of State Mike Pompeo accused Iran of concealing the full extent of the outbreak.

The country's deputy health minister Iraj Harirchi has said he has contracted the virus.

RSF accused Tehran of "concealing information about several crises and catastrophes" over the past year, including flooding, mass protests and now the COVID-19 epidemic, warning that: "Withholding information can kill."

"Withholding information can kill." do they really care about that??!!!

"Scarier still is this situation may be worse than we know. In fact, Isaac Bogoch, a professor and infectious diseases expert at the University of Toronto, estimates there may be over 18,000 undetected cases of coronavirus in Iran because of how it spread to others so quickly."