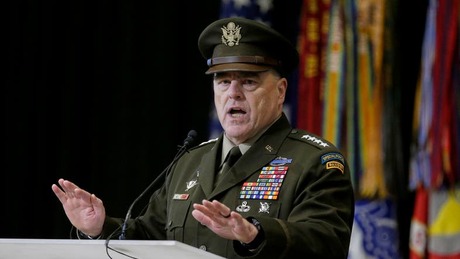 The U.S.' top general cautioned Monday not to expect an immediate halt to violence in Afghanistan, after three people were killed in a bombing in the eastern part of the country.

"We don't know exactly who did that yet," said General Mark Milley, chairman of the joint chiefs of staff, two days after the United States signed a peace deal with the Taliban.

"The Taliban is not a monolithic group, there's multiple terrorist organisations operating," he said.

"I would caution everybody (not) to think there's going to be an absolute cessation of violence in Afghanistan... To think that it is going to go to zero, immediately -- that's probably not going to be the case," he told reporters.

Defense Secretary Mark Esper said the US, while expecting a "bumpy" path ahead, would adhere to the spirit of the agreement signed in Doha on Saturday and begin reducing U.S. troops in Afghanistan quickly.

"Our expectation is that the reduction in violence would continue. It would taper off until we get inter-Afghan negotiations which would ultimately consummate in a ceasefire," Esper said.

"This is going to be a long, windy bumpy road, there will be ups and downs, and we'll stop and start," he said.

"We are just going to deal with each situation as it arises and make sure we stay focused on the mission."

The doorman of the Washington Hilton wants his uniform back.