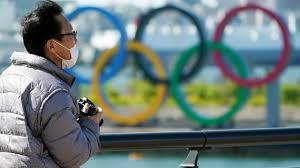 The 2020 Tokyo Olympics have been postponed to no later than the summer of 2021 because of the coronavirus pandemic sweeping the globe, the International Olympic Committee announced Tuesday.

The Games were scheduled for July 24-August 9, but after telephone discussions between IOC president Thomas Bach and Japanese Prime Minister Shinzo Abe, a historic joint decision was taken for the first postponement of an Olympics in peacetime.

Abe had earlier said Bach was in "100 percent agreement" when Japan asked the IOC to push back the Games.

The IOC had come under mounting pressure in recent days to postpone the world's biggest sporting event, with teams, athletes and sports bodies all calling for a delay.

The postponement comes after top federations announced they would pull out of the Tokyo Games, the highest-profile event to be affected by a virus that has decimated the sporting calendar.

Around 1.7 billion people across the world are in lockdown to prevent the further spread of a virus which according to an AFP tally has killed over 16,200 people and infected more than 377,000.