U.S. Stimulus Plan: What It Could Do, and What's in Dispute 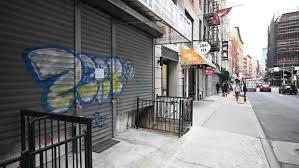 With American life upended, lawmakers in the U.S. Congress are negotiating over a massive stimulus package to help pull the economy out of the steep decline caused by the coronavirus pandemic.

Legislators are still negotiating the $2 trillion rescue which could be the largest emergency spending effort ever and contains vast sums of money directed at consumers and businesses alike.

Below are the main provisions being discussed, as the Republican-controlled Senate takes the lead in negotiations while the Democratic-controlled House offered its own, even larger counter-proposal:

- Money in your pocket -

With businesses closed, events canceled and public health authorities encouraging social distancing measures to keep the disease from spreading, lawmakers are set to provide direct cash payments to Americans to help them survive and pay their bills in the interim.

The House proposal offer slightly higher amounts: $1,500 for individuals and $3,000 for couples, but also mandates high earners would have to pay back part or all of the money over three years.

- For the sick and jobless -

The Senate bill limits the amount of paid sick leave employers must provide under a separate measure Congress passed last week to address the coronavirus and encourage people feeling sick to stay home from work.

In contrast, Democrats want to expand that benefit to professions left out of the previous sick leave measure.

That proposal also would offer an additional $600 to unemployed people, in addition to whatever other benefits they receive from the state or federal government.

Facing a drop in ticket sales and closed international borders, U.S. airlines have asked for a $50 billion bailout, which is included in the Senate bill along with $8 billion for cargo airlines and $150 billion for other distressed businesses.

Democrats want to give airlines $37 billion and another $3 billion to aviation contractors while also creating a program to buy back old, polluting aircraft and mandating airlines slash their carbon emissions in half by 2050.

Those provisions have proved hugely controversial with Republicans, who argue now is not the time to impose new environmental mandates.

"Are you kidding me?" Senate Majority Leader Mitch McConnell said on the chamber floor.

"This is the moment to debate new regulations that have nothing whatsoever to do with this crisis? That's what they're up to over there," McConnell said of Democrats.

Both bills offer aid to small businesses, which are seen as particularly vulnerable to economic shocks from the outbreak, as states and cities have forced shops and restaurants to close, putting millions of workers in limbo.

The Senate offers $300 billion in loans through the Small Business Administration, in which the agency guarantees funds from private lenders.

All told, the Senate plan offers $500 billion to corporations, including the aid to airlines and industries ranging from hotels to cruise lines.

Democrats have so far refused to support the measure saying the bill has insufficient oversight and lacks a requirement that companies keep workers on their payroll.

Democrats also warned that the bill as proposed does not bar corporations from using the taxpayer funds to buy back stocks or increase executive pay, something some Republicans, including President Donald Trump, publicly oppose.

Some of Democratic votes are needed to approve the measure in the Senate even though Republicans have a majority, and it also must get through scrutiny in the House.