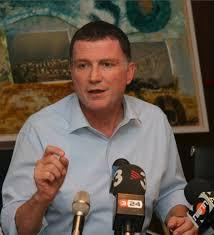 A right-wing ally of Israel's Prime Minister Benjamin Netanyahu stepped down as speaker of parliament on Wednesday in a blow to the embattled premier, the latest development in a months-long political crisis.

Yuli Edelstein's resignation paved the way for Netanyahu's rival Benny Gantz, who is trying to form a government, to place an ally in the powerful post.

That could spell new risks for the premier as he faces trial for alleged corruption.

Lawmakers who oppose Netanyahu have pushed for a law blocking him from remaining prime minister while facing the charges, all of which he denies.

Edelstein, a member of Netanyahu's right-wing Likud party, had refused to schedule a speakership vote until a new government was formed, resigning instead after the Supreme Court set a Wednesday deadline for the vote.

"The High Court ruling constitutes a crude and arrogant intervention of the judiciary in the matters of the elected legislature," Edelstein said.

"I won't allow Israel to descend into anarchy. I won't lend a hand to civil war," he said as the court's deadline approached.

"I hereby resign from my position as Knesset speaker."

His departure, however, would take effect only in 48 hours.

That means he remains bound to call the vote on Wednesday in line with the Supreme Court order, according to attorney general Avichai Mandelblit.

But Edelstein doubled down, insisting he would not schedule the vote for Wednesday.

"My conscience does not let me obey the ruling, which is why I resigned," he told the court on Wednesday, noting his replacement could decide on the matter.

"I have no desire to hold the esteemed court in contempt, but in the light of its ruling, I have found myself in an impossible position, which is why I resigned," he said.

In an address later Wednesday, President Reuven Rivlin said it was "the duty of every one of us to obey the rulings of the courts, and that it is inconceivable that anyone would not do so."

The latest drama came after a year of political turmoil that has seen three inconclusive elections, followed by Netanyahu imposing strict legal and security measures against a novel coronavirus outbreak that has infected more than 2,000 Israelis.

Anti-Netanyahu forces claimed 62 seats in the 120-member Knesset in the March 2 election, with the premier's right-wing party and its religious allies winning 58.

Gantz has been tasked with trying to form a government.

That proved impossible following two previous elections last year, given the deep divisions within the anti-Netanyahu bloc which includes the mainly Arab Joint List and its bitter rival, the nationalist Yisrael Beiteinu party.

There was no guarantee Gantz would fare better this time, fueling calls from many sides for a short-term unity government to respond to the coronavirus pandemic.

Despite the divides within the anti-Netanyahu camp, it has been unified in backing legislation that would bar anyone under criminal indictment from serving as prime minister.

Removing Edelstein as speaker could expedite that legislation.

But Netanyahu has made a series of offers to Gantz on forming a unity government, including deals that would see the premier's job rotate between the two men.

"There's deep unrest among all parts of the nation, we must put it aside," he said in a televised address late Wednesday focusing on anti-coronavirus measures.

"I call for the immediate formation of a national unity government to deal with the crisis."

As he announced his resignation, Edelstein also said Israel needed a unity government "as a pandemic endangers us from without".

"We all need to act like human beings, to act, to unify, to rise above," he said.