Two Oil Engineers, including a Romanian, Freed in Libya 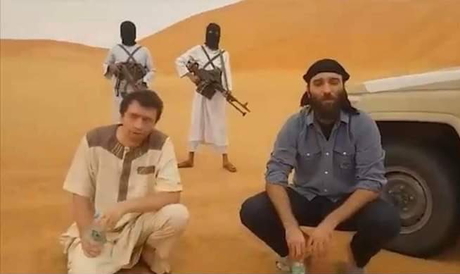 Libya's National Oil Company has announced that two employees had been freed after being kidnapped from a southern Libyan oil field in July 2018.

In a statement, the NOC welcomed the release from captivity of the oil engineers, Romanian Valentin-Laurentiu Puscasu and Libyan Ashraf Msallam.

The company did not provide further details of their kidnap or release.

The two engineers were kidnapped alongside two other Libyans by an armed group on July 14, 2014, from an oil field in the Oubari region, some 900 kilometers (560 miles) south of Tripoli.

The two other Libyans were released shortly after they were snatched.

"I am very glad to see these men are safe and that their time in captivity has finally ended. The safety of employees and workers is a priority," said NOC chairman Mustafa Sanalla.

"We must guarantee their security at all times."

Since the overthrow of former dictator Moammar Gadhafi in 2011, foreign workers and diplomats in Libya have been regularly targeted in attacks and kidnappings by militias or jihadist groups.

Libya has the largest oil reserves in Africa, and depends heavily on hydrocarbon exports to support its fragile economy.