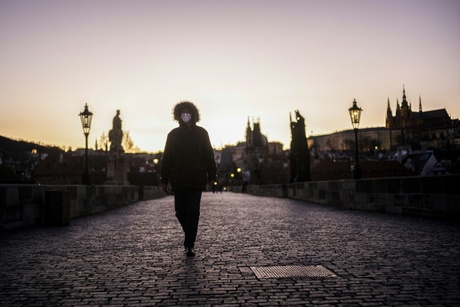 Spain declared Monday a fourth consecutive drop in the number of coronavirus-related deaths with 637 over the past 24 hours, the lowest number in nearly two weeks.

Fatalities, which were sharply down on the record 950 on Thursday, brought the total deaths in the country to 13,055, second only to Italy.

The official figures represent an increase of 5.1 percent over the last 24 hours, compared to a 4.8 percent rise on Sunday and a 32.63 percent leap as recently as March 21.

"These figures confirm again this downwards tendency which we have been observing," said Maria Jose Sierra of the health ministry's emergencies coordination unit.

Over 40,000 coronavirus patients have been discharged from hospital, or nearly 30 percent of all confirmed cases of the disease, she added.

With deaths and new infections falling the Spanish government is studying how to gradually ease the lockdown imposed on the country of 47 million people on March 14. It has been  extended until April 25.

The government plans to ramp up testing to be able to isolate people who are infected but not showing symptoms and is mulling requiring all people to wear face masks in public to curb the spread of the disease.

"During the coming weeks we will multiply by three the capacity of our companies to supply the market" with tests, she added.

As for face masks, the minister said "we will probably all have to learn to use them as a prophylactic, at least until there is a vaccine" against COVID-19.