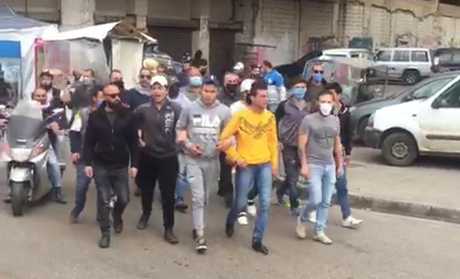 A number of protesters on Monday staged a sit-in outside the serail of Tripoli before being disperses by the army for flouting the coronavirus instructions banning gatherings, the National News Agency said.

“They chanted slogans against corruption and the officials, calling on the government to offer urgent aid to Tripoli’s residents because they are suffering a stifling economic hardship and difficult living conditions due to the general mobilization order and the suspension of their jobs,” NNA added.

Tripoli is one of Lebanon’s most densely-populated and impoverished cities.

The government has ordered the closure of all non-essential private and public institutions and imposed a partial curfew to stem the coronavirus outbreak in the country. The measures have deprived daily and low-income workers of much needed earnings.

The government has announced that the army would distribute cash handouts of LBP 400,000 per family to the neediest citizens but the distribution mechanism remains vague. It has also announced that food and hygiene items would be dispensed.