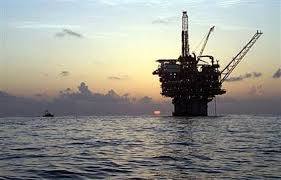 Exploration works for oil and gas off the Lebanese coast suggest the “existence” of gas, which means excavation work was not affected by the coronavirus crisis, al-Joumhouria daily reported on Wednesday.

The findings raise hopes for a future boost to the country's crumbling economy.

“Drilling operations of the first exploration well on Block 4, are expected to be completed by mid next week. Exploration works show the existence of gas,” unnamed sources told the daily.

French oil giant “Total is expected to complete the drilling process by the end of next week at the latest. But shall the results turn positive, the company will probably announce the results before the two-month period it had specified,” added the sources on condition of anonymity.

However, Total “will be obligated to announce the results to the New York and Paris stock exchanges, where its shares are listed, in order to block the way for any attempt to buy or sell Total shares through individuals with leaked results of the exploration before the official announcement,” added the sources.

Late in February, Total’s drill ship Tungsten Explorer arrived in the Exclusive Economic Zone of Lebanon for the drilling operations of the first exploration well on Block 4, located approximately 30 kilometers (18 miles) offshore from the capital Beirut.

In 2017, Lebanon approved the licenses for an international consortium led by Total, Italy's ENI and Russia's Novatek to move forward with offshore oil and gas development for two of 10 blocks in the Mediterranean Sea, including one that is partly claimed by Israel.

Total said the first well will be drilled at a depth of 1,500 meters (4,920 feet). The exploration well aims at exploring targets located more than 2,500 meters (8,200) below the sea bed. The drilling of the well is estimated to last two months, after which the drill ship will leave Lebanon, Total said.

At a later stage that hasn't yet been scheduled, drilling should begin in Block 9, part of which Israel also claims. A major find in Lebanon's southernmost waters could raise the possibility of a dispute with Israel.

The U.S. has been mediating between Lebanon and Israel over the nearly 860 square kilometers (330 square miles) of the Mediterranean Sea claimed by both countries.