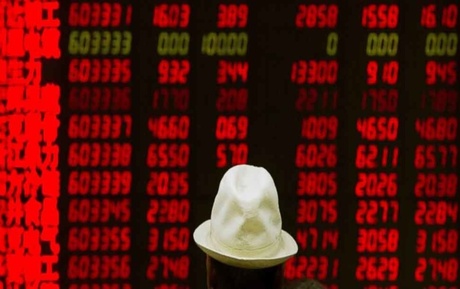 Asian equities were lower in Wednesday trade, bucking an overnight rally on Wall Street prompted by encouraging signs that US coronavirus infection rates were in decline.

American officials are beginning to tackle the question of how to safely reopen for business and ease lockdowns that have helped slow the pandemic but battered the economy.

Major indices on Wall Street gained more than two percent overnight on signs that new virus cases had fallen in some of the country's biggest hotspots, including New York.

But analysts said it was too soon to herald a broader market turnaround after the International Monetary Fund forecast a 5.9 percent contraction for the US economy this year, and the worst global downturn since the Great Depression of the 1930s.

"Appearances can be deceiving as behind the headlines lies the most gnarly storm clouds building, suggesting there is still much to be worried about," said AxiCorp chief market strategist Stephen Innes.

"But flattening infection curves and the thoughts of more stimulus lifted all boats. And regardless of whether I think we are in la-la land, it is what it is."

Economists polled by AFP have forecast an 8.2 percent first-quarter GDP drop for the world's second-largest economy -- China's first contraction in around 30 years -- ahead of official figures due for release on Friday.

Tokyo slid 0.5 percent after a sharp rise in the last session, with a stronger yen weighing on investor sentiment.

London was 0.3 percent down shortly after the opening bell.

Oil futures rose in Asian trade but were still well lower than last week despite the weekend deal by producer nations to cut output by nearly 10 million barrels per day from May.

Prices had been battered after the coronavirus outbreak sent demand off a cliff, with a Saudi-Russian price war compounding the crisis.

Both major international benchmarks saw a brief rally at the start of the week, but have since fallen below the prices seen before the production cut was thrashed out.

Investors fear the agreement does not go far enough to account for the global lockdown's hit to the transport sector and the rapidly shrinking storage capacity across the world caused by the glut.

"The deal in its current format sorely disappointed relative to market expectations even if executed to the letter," Innes said.

"But even more worrisome is that it failed to address the immediate structural oversupply, leaving oil prices vulnerable."

West Texas Intermediate was trading flat on Wednesday, down more than 12 percent down from the same time last week.