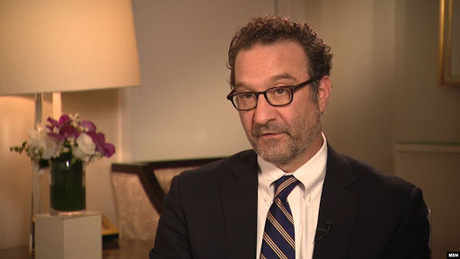 U.S. assistant secretary for Near East affairs, David Schenker on Saturday welcomed Lebanon’s request for assistance from the International Monetary Fund, saying it is the government’s first step towards acknowledging the magnitude of the financial crisis in Lebanon.

He added that money provided by the IMF “is not free aid, but rather is conditional by reform steps that help create returns for the state and allow the IMF to exercise control over the state's economy.”

Schenker said it is remarkable “to see whether this government, of which Hizbullah is part of, is able to fully commit to reform, since it depends on illegal financing and corruption and avoids paying its dues to the state, such as customs and taxes.”

I wonder why Aoun and his resisting government do not take up Iran on its offer to help Lebanon economically?!

Our strong Christian president and his independent cabinet already did. As usual the Islamic Republic of Iran kept to it's promise. A week or two after Larijani's visit, Iran sent Lebanon a plane load of COVID-19 that our government of independent professional technocrats promptly distributed to every corner of our beautiful country. And then similar planes kept coming.