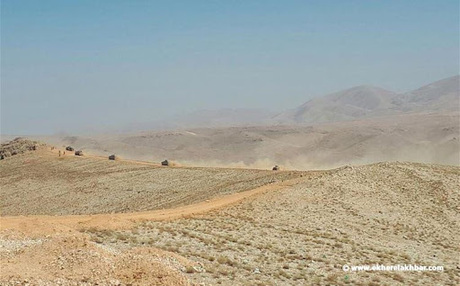 As part of efforts to protect Lebanon’s subsidized diesel oil from being smuggled into neighboring Syria, the Lebanese army discovered and dismantled 30 meters of pipelines used to smuggle the liquid fuel into Syria, the Army Command said in a statement.

The pipelines were discovered at the border northern village of al-Buqaia (also known as Petroleum line) in Akkar, an army statement said on Wednesday.

The statement said it confiscated around 30 meters of the pipelines inside Lebanese territories.

The army's efforts are ongoing to stop smuggling mainly subsidized materials like flour and diesel into Syria.

It has also been cracking down on illegal border crossings between the two countries that saw smuggling flourish, and Lebanon's economy badly worsening.

Between May 7 and 14, the army seized about 215,000 litres of fuel oil and 71 tonnes of flour at the Lebanese-Syrian border, arresting 25 people.

Wrong approach, they should use explosives and blow it up then remove the pieces of scrap metal . It looks like the army is going to return the pipelines to their rightful owners. I don’t trust this army.