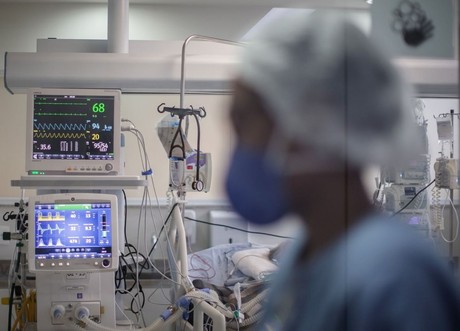 Brazil registered a new record in COVID-19 cases and more than 1,000 dead in a 24 hour period, according to official figures out Thursday.

The South American country has the world's second highest number of confirmed novel coronavirus cases -- 438,238 -- after the United States.

According to Health Ministry data, 26,417 new cases were confirmed in a 24 hour-period ending late Thursday.

In that same period Brazil experienced its third highest number of virus deaths since the start of the pandemic: 1,156, bringing the total death toll to 26,754, the sixth highest in the world.

Some experts however believe that the actual virus infection rate could be up to 15 times higher because there has been no widespread testing in Brazil.

The virus is spreading as federal and local authorities clash over health policies.

Most states have imposed partial lockdowns, but President Jair Bolsonaro wants them to end and for the economy to open quickly.