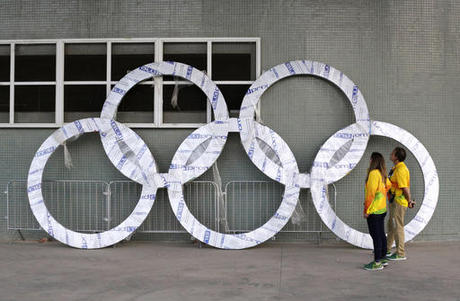 The International Olympic Committee (IOC) on Friday offered its support to the World Anti-Doping Agency (WADA) a day after the White House had threatened to cut off U.S. funding.

The IOC, which provides 50% of WADA's funds, said it will "ensure" that all athletes "are subject to the same rules without any privilege or discrimination."

A 19-page report by the White House's Office of National Drug Control Policy criticized WADA over its response to the Russian doping affair, saying the agency had failed to hold Moscow to account for the scandal.

It also claimed the United States was not getting value for money from WADA.

The United States provides $2.7 million in funding to WADA each year, making it the largest single government contributor to the agency's funding.

WADA responded by saying the study was littered with "multiple inaccuracies, misconceptions and falsehoods."

"It is very unfortunate that the report was written without due regard for the facts or context and with the clear intention to discredit WADA," it said.

"It is beyond WADA's comprehension that such a report is produced when representatives from the US Government have never raised any of these concerns around the table of the WADA Foundation Board table over the past 20 years."

"We refer you to the comments WADA has made already," the IOC said in an email to AFP.

"We will ensure that the same conditions apply at the Olympic Games to all participating athletes from all NOCs (national Olympic committees) and that they are subject to the same rules without any privilege or discrimination."