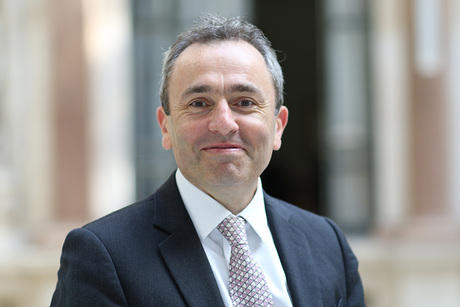 British Ambassador to Lebanon Chris Rampling expressed his belief on Saturday that the current situation in Lebanon is worrying and that the long-awaited economic reforms are more necessary than ever.

In an interview with Independent Arabia, Rampling said that Britain expects the government and the International Monetary Fund to agree on a clear framework before the program.

He made it clear that foreign financing will not flow into Lebanon in the absence of comprehensive economic reforms implemented by the Lebanese authorities.

The ambassador emphasized the necessity that local Lebanese players “avoid” the pattern of Hizbullah chief Sayyed Hassan Nasrallah's speech, and his calls to look “East” in Lebanon’s economic dealings.

“Unfortunately, Lebanon is in trouble and the Lebanese will not come out of this if they do not focus on their national interest ... If this does not happen, the situation will continue to worsen and I cannot predict the outcome,” said Rampling.

He added: “Last year, a decision was taken to ban Hizbullah as a whole including its political wing, and this is an important part of our policy.”

He said London realized that Hizbullah has been directly violating Lebanon’s dissociation policy, destabilizing the region and the stability of Lebanon as well.

"Lebanon suffers from serious political, security and economic problems, but the serious and worrying decline today is on the economic and social axis with high rates of poverty and unemployment,” he concluded.

Everyone is piling on them--couldn't happen to a better bunch of thugs.

It's because everyone knows, inside and outside Lebanon that they are the problem as they are the ones who run the country.

The Free Patriotic Movement and Amal are responsible. Their continued alliance with Hizbullah is catastrophic for the country.

Hezbollah disagrees with him, Lebanon does not exit for them.