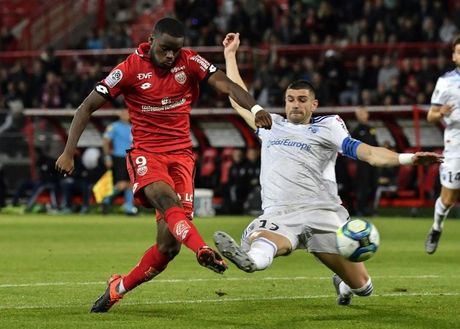 Montpellier announced on Thursday they had signed English striker Stephy Mavididi from Juventus for a reported 6.3 million euros ($7.12million).

Arsenal youth product Mavididi, 22, has signed a four-year deal with the French club after scoring eight goals in 28 games  on loan at Ligue 1 side Dijon last season.

Mavididi will join Michel Der Zakarian's attack which includes Africa Cup of Nations winner Andy Delort and Gaetan Laborde who were on the scoresheet 19 times across all competitions last season.

"It's a satisfaction to recruit of a top quality supplementary forward as the coach wanted. I hope our crack pair of forwards will become a good trio," president Laurent Nicollin said.

Montpellier finished eighth in the Ligue 1 table after the campaign was declared over due to the coronavirus pandemic and are also seeking to sign a goalkeeper to replace Geronimo Rulli who has returned to Real Sociedad after a loan spell at Stade de la Mosson.