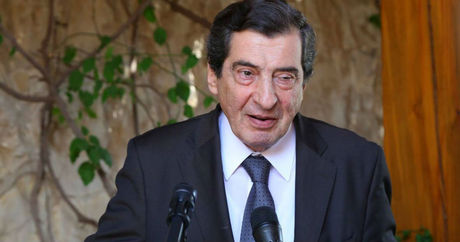 Decrying the lack of “any reassuring indications,” Ferzli, who is close to President Michel Aoun, called for mulling ways to rescue the country or at least “put it on the path of salvation.”

“The main gateway for this contacting the political leaders who truly represent the components of the Lebanese society. We all agree that Mr. ex-PM Saad Hariri is one of the main gateways, or rather the main gateway, for creating Lebanese unity,” Ferzli told reporters after the talks.

Asked whether there should be a governmental change, Ferzli said: “My personal opinion, and with all due respect to the head and members of the incumbent government, is that a reevaluation of the government’s structure has become necessary.”

“I even urge Mr. Prime Minister (Hassan) Diab to exert efforts to achieve and facilitate the formation of an alternative government that would contribute to finding solutions for the Lebanese society,” Ferzli added.

lol they know the can’t do shyte without the international community’s financial assistance which comes strings attached to it.

I am no fan of Saad Hariri and th whole Future Movement, but he would go down in history as the worst of the worst if he accepts to be PM again. They manipulated him, still accuse his late dad's policies of getting Lebanon in this deep debt etc... My advise, stay out of it. Let them stew in their own failure.

They are now trying to find a way out of the mess they created as the IMF has said not a single penny. Always blaming outsiders, yet they have so far after how many months not a single reform has taken place.

Let the system collapse. No other way for actual reform to begin till this happens.

There is no alternative than Hariri as Prime Minister.