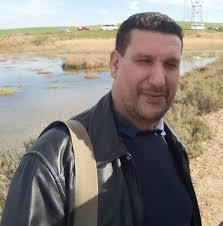 Djamel Toubal, 47, had been sentenced on June 18 to a two-year prison term.

"The prosecution had asked for a tougher sentence but the court reduced it," his lawyer Mustapha Bouchakour told AFP after the ruling in Mascara, northwest Algeria.

Toubal had posted photographs and comments on police treatment of the country's "Hirak" protest movement.

Weekly protests rocked Algeria for more than a year and only came to a halt in March due to the coronavirus crisis, with authorities banning marches although the opposition had already suspended its gatherings.

According to the National Committee for the Release of Detainees, almost 60 people are still being detained on charges linked to the Hirak.