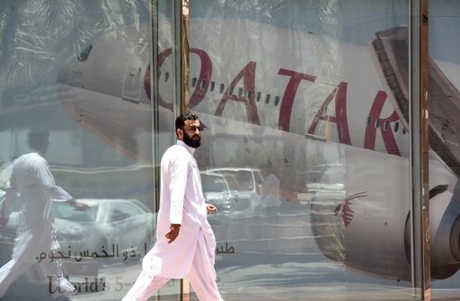 Qatar Airways said Wednesday it will seek compensation for losses sustained from an "illegal airspace blockade" imposed since 2017 by four Middle East nations.

The announcement came a day after the International Court of Justice ruled Qatar could challenge airspace restrictions imposed by Saudi Arabia, the United Arab Emirates, Bahrain and Egypt over three years ago before the UN's International Civil Aviation Organization (ICAO).

"Qatar Airways will pursue its case for appropriate compensation of the financial injuries inflicted on Qatar Airways as a result of the illegal airspace blockade," the airline said in a statement.

Qatar repeatedly denied the allegations and sued the four countries before the ICAO.

"The arbitrary and abusive measures that these four states have taken against us have devastated our carefully planned decades-long program for investment and growth in those countries," Qatar Airways said.

Qatar Airways is the second largest airliner in the Middle East after Dubai-based Emirates, operating a modern fleet of 250 aircraft.

Since the start of the air blockade, the national carrier has posted losses of hundreds of millions of dollars.