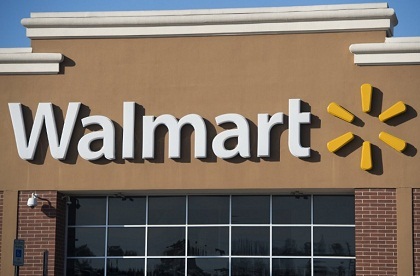 Walmart will require shoppers to wear face masks starting next week, the retail giant announced Wednesday, joining an increasing number of businesses in mandating the protection amid the latest spike in U.S. coronavirus cases.

But the move by the world's biggest retailer, which had previously only encouraged consumers to use face coverings, could have added weight in the debate over an item used in countries around the globe but which has become a cultural flashpoint in the United States in the struggle with COVID-19.

Walmart said masks are "critically important" and the requirement will take effect July 20, which will give the company time to post signage and train "health ambassadors" to facilitate the new policy.

The company has more than 5,300 Walmart and Sam's Club stores in the United States and is a giant retail presence in many of the southern and western states that have seen increases in COVID-19 cases and hospitalizations in recent weeks.

"While we're certainly not the first business to require face coverings, we know this is a simple step everyone can take for their safety and the safety of others in our facilities," Walmart's U.S. Chief Operating Officer Dacona Smith and Sam's Club Chief Operating Officer Lance de la Rosa said in a statement on the company website.

"Because the virus can be spread by people who don't have symptoms and don't know they are infected, it's critically important for everyone to wear a face covering in public and social distance."

The move was immediately championed by the National Retail Federation, which said it hoped the announcement would be a "tipping point" in the debate.

"Workers serving customers should not have to make a critical decision as to whether they should risk exposure to infection or lose their jobs because a minority of people refuse to wear masks in order to help stop the spread of the deadly coronavirus," said the NRF, which released a letter to the Trump administration calling for national standards on masks.

Walmart's announcement comes a day after Best Buy joined the list of companies requiring face coverings, along with Starbucks and Apple, among others.

Delta Air Lines Chief Executive Ed Bastian said Tuesday that travelers who refuse to don masks will not be permitted to fly on the carrier again.

In recent weeks, the campaign to require face coverings has picked up support beyond public health circles, including from economists such as Dallas Federal Reserve Chief Robert Kaplan, who has championed masks as a vital step to returning the economy to health.

A June report from economists at Goldman Sachs said a national mask mandate could "partially substitute" for renewed lockdowns that would otherwise subtract nearly five percent from US growth.

But mask requirements have led to friction in stores around the country, spawning numerous videos of irate customers clashing with retail employees that have been widely distributed on social media.

President Donald Trump for months resisted wearing a mask and at times mocked the trend, but was finally photographed in one last weekend during a visit to Walter Reed National Military Medical Center.

Walmart in April began requiring employees to wear masks but had stopped short of a mandate on shoppers. Under the new policy the company said it would make exceptions in some cases.

During an interview on CNBC in May, Chief Executive Doug McMillon said there had been "a lot more good behavior than concerning behavior" among its customers.

"In time I think everyone will figure out that it is incumbent on all of us to behave in a way that allows the economy to respond in a positive and sustainable way so we don't end up taking two steps forward and another step back," McMillon said in May.