WHO 'Concerned' about Pneumonia Cases in Turkmenistan 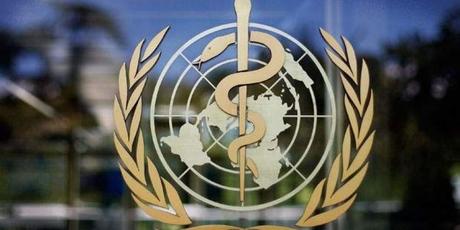 The World Health Organization said Wednesday it was "concerned" about reports of pneumonia in Turkmenistan, a closed Central Asian country that has yet to declare any coronavirus cases.

At a press conference after a delayed, 10-day mission in Turkmenistan, WHO's Senior Emergency Officer for Europe Catherine Smallwood recommended the government adopt measures including contact tracing "as if COVID-19 were already circulating."

"We are aware of and concerned of reports of acute respiratory disease or pneumonia," Smallwood said.

She credited the government's "recent activation of stronger measures" as part of efforts to prevent the potential spread of the virus in the country.

Smallwood added that authorities in the reclusive country of around six million people had conducted 60,000 coronavirus tests, citing official figures.

"The actions taken in Turkmenistan will have impact for the people in the country, but also throughout Central Asia, Europe and the world," Smallwood warned.

State television on Wednesday evening showed strongman President Gurbanguly Berdymukhamedov wearing a mask for the first time as he was pictured fishing while on holiday.

Berdymukhamedov then gave four large fish that he caught to a children's summer camp, where they were turned into fish soup, the report showed.

Law enforcement on Monday began apprehending citizens for not wearing masks after the health ministry warned of "high concentrations of dust" and "pathogens" in the air.

Police had previously been seen discouraging citizens from wearing masks and face coverings were absent at mass government events overseen by Berdymukhamedov in recent months -- some of which attracted thousands of people.

Speculation has been building that the authoritarian government in ex-Soviet Turkmenistan is preparing to acknowledge that the coronavirus has entered the country, even though health offices have not reported any infections.

At a government press conference earlier on Wednesday, Foreign Minister Rashid Mederov appeared to suggest viruses could reach the country via dust storms.

"We do not exclude the influence of natural factors on the distribution of hazardous substances, including viruses. Especially dust and salt storms from the bottom of the Aral Sea," Meredov said, referring to a mostly dry inland lake in neighboring Uzbekistan and Kazakhstan.

That lake's devastation is the cause of regular ecological problems in the region.

Turkmenistan ordered this week the suspension of passenger trains from Thursday.

Meredov said Wednesday that buses between regions had been stopped and citizens from outside the capital would take university entrance exams remotely.

The WHO had tried to visit the isolated, oil-rich country in the spring, but the mission was held up by travel logistics, the foreign ministry said.