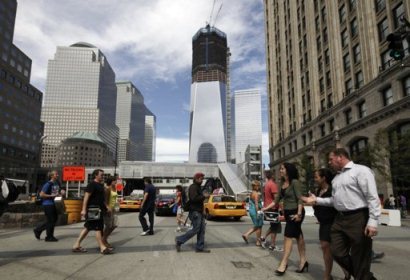 New claims for U.S. unemployment benefits were at 1.3 million last week, barely changed from a week prior as the world's largest economy faces a renewed assault by the coronavirus.

An additional 928,488 people in 47 states also made initial claims for benefits under a special program for workers affected by the pandemic.

However, in the week ended July 4 the insured unemployment rate dropped 0.3 points to 11.9 percent -- meaning some people may have returned to work.

The initial data was worse than analysts expected and remained much higher than any single week of the global financial crisis 12 years ago.

The United States is the site of the world's worst coronavirus pandemic, with a record 67,632 cases reported in the previous 24 hours on Wednesday.

That's leading some states to roll back reopening measures, raising concerns unemployment claims will climb again, or that many businesses simply cannot reopen.

"While some of this may be related to temporary new lockdowns, the reality is these numbers have remained elevated. What this looks like is continued job loss and continued permanent business closures," Adam Ozimek, chief economist at freelancing platform Upwork, said on Twitter.