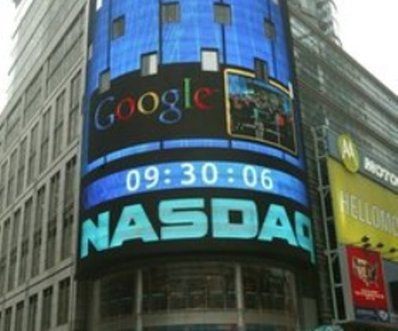 The computer network that runs the Nasdaq Stock Market has been penetrated by hackers multiple times during the past year, according to a newspaper report.

The Wall Street Journal reported on its website late Friday that federal investigators are trying to identify the perpetrators and their motive.

People familiar with the investigation say the exchange's trading platform, the system which executes trades, was not compromised, according to the report.

A person involved in the Nasdaq investigation told the newspaper that so far the perpetrators "appear to have just been looking around."

Possible motives include financial gain, theft of trade secrets or a national security threat designed to damage the exchange, the newspaper said.

Investigators have not yet been able to track the cyber break-ins to any specific individual or country, but people with knowledge of the case told the newspaper some evidence points to Russia. However, they point out that hackers could be just using Russia as a conduit.

In 1999, a group of hackers calling itself "United Loan Gunmen" infiltrated the computer that runs the websites for Nasdaq and the American Stock Exchange.

The hackers left a taunting message and also claimed to have briefly created for itself an e-mail account on Nasdaq's computer system, suggesting a broader breach in security. But at the time, Nasdaq officials said there was no evidence they manipulated financial data.