Iran Slams Interception by U.S. Jet over Syria as 'Illegal' 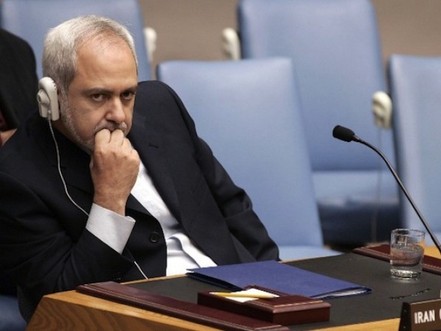 Iranian officials on Friday slammed the interception of an Iranian passenger plane by a U.S. fighter jet in the skies over Syria as "illegal," threatening action against Washington over the incident.

Iran had said that one of its airliners, flying from Tehran to Beirut on Thursday, was "harassed" by fighter jets, but later landed safely in Lebanon. A U.S. official confirmed a U.S. jet had passed by the Iranian airliner, but at a "safe" distance.

According to Iranian state TV, two fighter jets came within a distance of 100 meters of the Iranian Airbus A310. The pilot of Mahan Air Flight 1152 quickly took the aircraft to a lower altitude to avoid a collision, the report said. The sharp maneuver caused slight injuries among some of the passengers.

However, U.S. Navy Capt. Bill Urban, a Central Command spokesman, told The Associated Press that a U.S. F-15 fighter jet "conducted a standard visual inspection" of the Iranian plane "at a safe distance of approximately 1,000 meters from the airliner."

He said the inspection was meant to ensure the safety of U.S. coalition troops in al-Tanf in Syria as the plane was flying over that area. He said once the aircraft was identified as a passenger plane, "the F-15 safely opened distance from the aircraft."

Aircraft at that altitude are to maintain a distance of at least 600 meters to ensure they don't hit each other, though planes traveling that close can encounter wake turbulence.

Iran's foreign minister, Mohammad Javad Zarif, said Friday that what happened was an act of "lawlessness upon lawlessness."

Iran's Transportation Minister Mohammad Eslami described the incident as a "terrorist act" and said Tehran would complain to the International Civil Aviation Organization. "We expect this to lead to condemnation of the terrorist act by the U.S. government," Eslami said.

The ICAO said Friday it had not yet received a complaint from Iran.

The interception comes amid heightened tensions between Iran and the U.S. after President Donald Trump unilaterally withdrew from Tehran's nuclear deal with world powers over two years ago.

In the time since, there have been several incidents across the Mideast between the two countries, including the U.S. airstrike that killed top Iranian general Qasim Soleimani in Baghdad and Tehran launching ballistic missiles that targeted American forces in Iraq.