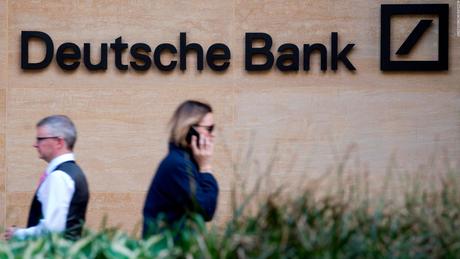 Deutsche Bank reported a net loss of 77 million euros ($90 million) for the second quarter of 2020 on Wednesday, as the fallout from the coronavirus forcing it to more than quadruple its risk provisions.

The net loss attributable to shareholders was partly down to the group setting aside 761 million euros to meet potential credit losses risks -- more than four times more than during the same period last year.

Net income excluding non-controlling interests defied expectations, however -- at 28 million euros, it surprised analysts who had predicted a net loss of 283 million euros.

There was also good news on pre-tax profit and net revenues, at 158 million and 6.3 billion euros respectively.

The group's results in the second quarter were once again driven by investment banking, which brought revenues of 2.7 billion euros, up 46 percent year-on-year.

"In a challenging environment we grew revenues and continued to reduce costs," chief executive Christian Sewing was cited as saying in a press release.

Deutsche Bank reported a net loss of more than 3 billion euros in the second quarter of 2019, partly driven by sweeping restructuring plans.