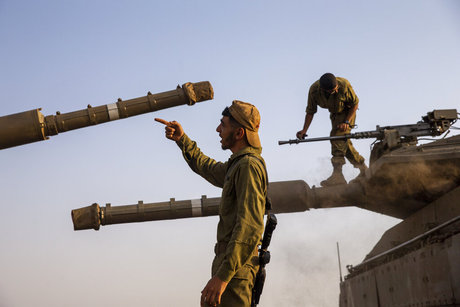 The state of high alert on Israel's border with Lebanon is expected to protract for a significant period of time, Israeli army sources have said.

"The military reinforcements of the past days are expected to remain in place," Israel's Maariv newspaper quoted the sources as saying.

"This state will remain as it is until it become clear whether or not Hizbullah will try to stage another attack. Through the state of alert, Israel is also seeking to send a message that Lebanon will pay the hefty price should there be an attack," the daily added.

Tensions have surged in the border area since Israel killed a Hizbullah militant in an airstrike in Syria.

On Monday, Israel shelled Lebanese border areas after accusing Hizbullah of staging an infiltration attempt. The Iran-backed group denied involvement in any activity on the border but vowed that its retaliation to the Syria raid will certainly come.