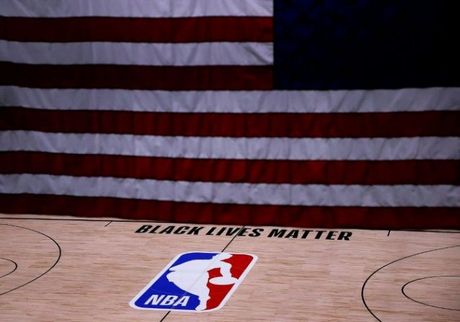 NBA teams returned to practice Friday inside their coronavirus quarantine bubble with no word about when playoff games will resume following a protest shutdown over the police shooting of Jacob Blake.

The move came as league commissioner Adam Silver expressed his support for the players' actions to raise awareness of the need for racial equality and social justice and indicated the league would take greater measures to support those causes after talks with players the past two days.

"We are dedicated to driving the sustainable change that is long overdue," Silver wrote in an open letter to NBA employees posted on the league's website on Friday.

The NBA released a Friday workout schedule for all teams remaining in the Disney World campus at Orlando, Florida, indicating Friday would be a third consecutive day without games.

The Milwaukee Bucks began the sports protest movement on Wednesday by not taking the court for their game against Orlando in the wake of the shooting of Blake, an African-American, at Kenosha in their home state of Wisconsin.

The NBA postponed all playoff games on Wednesday and Thursday with hopes of resuming play by Saturday.

In the wake of the NBA's shutdown over the Blake shooting, other leagues have followed suit, with Major League Baseball, Major League Soccer, the Women's NBA and the National Hockey League postponing games as well.

"I wholeheartedly support NBA and WNBA players and their commitment to shining a light on important issues of social justice," Silver said.

"I understand the pain, anger and frustration that so many of us are feeling in this moment. These are incredibly challenging times.

"While I don't walk in the same shoes as Black men and women, I can see the trauma and fear that racialized violence causes and how it continues the painful legacy of racial inequity that persists in our country."

If the playoffs resume on Saturday, they are expected to feature the games that would have been played on Wednesday with the next day's lineups to follow in order from the delay.

While the courts have been empty, players and team owners have discussed what exact moves can be made to support the causes that weigh so heavily on players and U.S. society.

"We had a candid and productive conversation with NBA players, coaches and team governors regarding next steps to further our collective efforts and actions in support of social justice and racial equality," Silver said.

"The discussion centered around how we can best collaborate to address a broad range of issues, including increasing access to voting, promoting civic engagement and advocating for police and criminal justice reform."

The league has created a foundation to promote economic empowerment in black communities and Silver said more actions are coming.

"I understand that some of you feel the league should be doing more. I hear you," Silver said.

"Please know that I am focused on ensuring that we as a league are effecting real change both within our organization and in communities across the country."