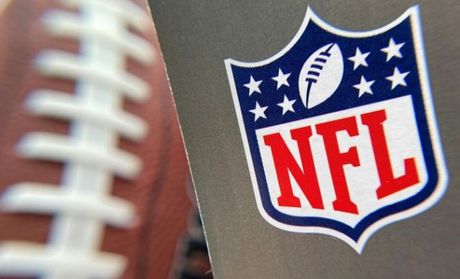 At least nine NFL teams halted practice sessions on Thursday in the wake of NBA protests against the police shooting of Jacob Blake in Wisconsin.

As NBA playoff games were postponed for a second straight day following the Milwaukee Bucks' boycott on Wednesday, several NFL teams reacted on Thursday by taking a day off from training.

NFL executive Troy Vincent said that athlete activism may even spill into the 2020 season, which kicks off on September 10.

"If we're not expecting this to happen, then we’re not living in reality," Vincent said in emotional remarks on an ESPN radio show in which he praised the stance of NBA players.

"It's got to end," Vincent said. "I'm so proud of these young boys. These young men and women. They did things I didn't think about doing.

"I always walked for the community but during my time we thought we had a handle on it and obviously we didn't."

"I think about my three boys and I'm sitting up here every day having about contact tracing and how we're going to play ball, and I got a 22-year-old and 20-year-old and a 15-year-old that I’m trying to prevent from being hunted," he said.

The Bucks boycott on Wednesday followed the shooting of Blake in Kenosha, Wisconsin on Sunday.

The 29-year-old was shot seven times in the back by a police officer as he attempted to get into a car containing his three children.

The NFL and NFL Players Association issued a joint statement on Thursday afternoon.

"The NFL community is united more than ever to support one another in these challenging times," they said. "We share anger and frustration, most recently as a result of the shooting of Jacob Blake.

"While our passions continue to run high, we are proud that our players and clubs, League and Union, are taking time to have the difficult conversations about these issues that affect the Black community and other communities of color in America.

"We are especially encouraged that these conversations are about how we can come together to make the necessary and long overdue changes In our country.

"We will continue to not only use our collective platform to call out racism and injustice whenever and wherever it occurs in our country, but also fight together to eradicate it," the statement said.

Star running back Saquon Barkley also commended NBA and WNBA players, and said the Giants looked forward to using their platform as well.

"We've been given an opportunity with our leadership group to talk to the team and figure out the things we can do to try to help," he said.