U.S. Airlines Lobby White House for Another Round of Federal Aid 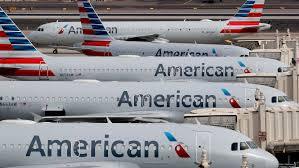 The chiefs of majors U.S. airlines converged on the White House Thursday to advocate for another round of federal support to avert thousands of impending layoffs.

"There's enormous bipartisan support for an extension of the payroll program which would keep those people employed," American Airlines Chief Executive Doug Parker said ahead of a meeting with White House Chief of Staff Mark Meadows.

"The only problem we have is we do not have a vehicle for getting it done," he added.

American is among the US carriers that have warned of significant job cuts from October 1 without another round of funding.

Yet the prospects for aid remain clouded by a fight between Democrats and Republicans on a broader stimulus bill that has dragged on for weeks.

The industry's outlook remains precarious in light of the coronavirus pandemic and the ensuing downturn in airline travel. Total passenger travel in the United States is currently only about one-fourth the level compared with the year-ago period, according to government data.

Airlines received billions in federal support earlier this year as part of the CARES Act, on the condition they do not involuntarily cut staff through the end of September.

Parker was joined at the White House by the chiefs of United Airlines, Delta Air Lines, Southwest Airlines and lobbying group Airlines for America.

Delta on Thursday said it increased a debt offering to $9 billion from its original $6.5 billion in the latest move by a carrier to raise cash to ride out the downturn.

The Atlanta-based carrier has said it opted for the financing -- which is secured by its frequent flier program -- rather than participating in the federal loan program under the CARES Act.