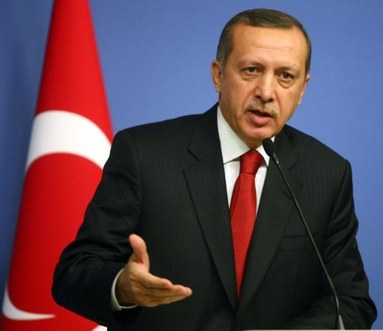 The decision by the head of Libya's U.N.-recognized Government of National Accord to step down next month is "saddening," Turkish President Recep Tayyip Erdogan said on Friday.

Government leader Fayez al-Sarraj announced Wednesday he plans to go within six weeks as part of efforts to broker a peace agreement.

Turkey backs the GNA, providing military support following an April 2019 offensive on Tripoli by rival strongman Khalifa Haftar, and helped turn the tide in the conflict earlier this year.

"This has been saddening for us," Erdogan told reporters in Istanbul.

"But with our intervention there, they reached a point of getting rid of this putschist Haftar's occupation," he said. "Eventually Haftar will lose, we see this."

Erdogan added there would likely be talks between Turkish and Libyan delegations this week but did not provide further details.

"With these meetings, we hope this effort will go in the direction it should."

GNA forces, boosted by Turkish drones and air defenses, made a string of gains against Haftar's forces in recent months.

Haftar is supported by neighboring Egypt and the United Arab Emirates as well as Russia.

Libya has been mired in conflict for nearly a decade since the 2011 NATO-backed uprising that toppled and killed veteran dictator Moammar Gadhafi.

Sarraj said during a brief televised address late Wednesday that he was willing to leave his post in favour of a new executive determined by peace talks in Morocco.

The delegations from the two sides in the Libyan conflict met for talks earlier this month after a surprise ceasefire in August and a pledge to hold national elections.