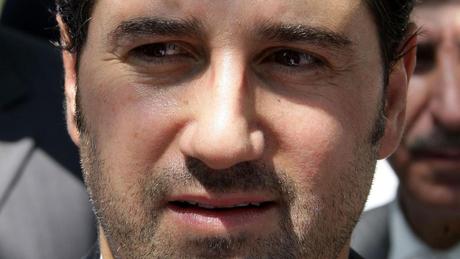 The 51-year-old businessman has been embroiled in a power struggle with the state since last year, when authorities seized control of his charity, Al-Bustan, and dissolved militias affiliated to him.

Makhlouf, the head of Syria's largest mobile operator Syriatel, in May accused security services of detaining employees to intimidate him into stepping away from his businesses.

The Syrian Observatory for Human Rights, a Britain-based monitor that relies on a wide network of sources inside Syria, said on Friday that many of those detained had been released.

Security agencies had released 41 Syriatel employees and 57 former employees of the Al-Bustan charity, the Observatory said.

A further 12 remained in jail, it added.

A former Syriatel employee who requested anonymity told AFP that several colleagues had been freed, including four they knew personally.

The Observatory also claimed 58 army officers and soldiers connected to a former Makhlouf-funded, pro-regime militia had been released.

The tycoon's business empire, estimated to be worth billions of dollars, includes stakes in telecommunications, electricity and real estate.

Authorities have claimed Syriatel owes money to the government, including outstanding fees for maintaining its operating license.

But in a series of controversial videos posted online, Makhlouf has disputed the claims, alleging that some in power sought to overthrow him and reap a cut of the company's profits.

The government in May ordered the seizure of assets from Makhlouf and his family, then slapped a travel ban on the businessman.

The following month, it announced the termination of duty free contracts with Makhlouf-affiliated companies.

When the finance ministry in December last year froze the assets of several businessmen over tax evasion and illicit enrichment, the Syrian press said Makhlouf, his wife and companies were included.

The businessman's father, Mohamad Makhlouf, died aged 88 of the novel coronavirus earlier this month. He was the maternal uncle of the president.

The standoff between Makhlouf and the government comes as the country is deep in economic crisis after nine years of war, and as the value of the Syrian pound has sunk to record lows on the black market.