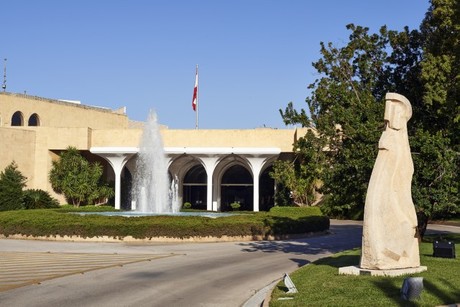 The binding parliamentary consultations to name a new premier following the resignation of PM-designate Mustafa Adib will not be imminent, media reports said.

“The call for parliamentary consultations to pick a prime minister will not be quick,” Presidency sources told Asharq al-Awsat newspaper in remarks published Sunday.

The sources said the call for consultations will likely be made in the second half of the coming week.

It will happen after “the evaluation of this period, Adib’s experience and the problems that accompanied it as well as the analysis of the reactions to it so that the next step can be calculated and not arbitrary,” the sources added.