Complaint Filed against ex-Education Ministers, Others over 'Corruption' 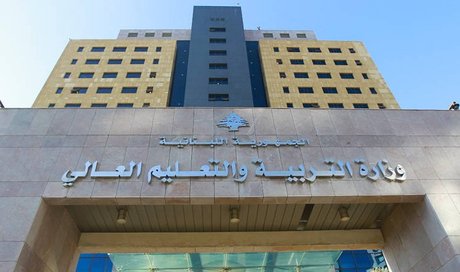 The lawyers Bassem Hamad and Nadim Qawbar on Monday filed a complaint with the public prosecution against ex-education minister Elias Bou Saab, the former education ministers, ex-head of the Center for Educational Research and Development Nada Oueijan and Lebanese University chief Fouad Ayoub.

The complaint accuses the officials and ex-officials of corruption charges in connection with the latest allegations made by caretaker Education Minister Tarek al-Majzoub during an interview on al-Jadeed TV.

Majzoub “detailed violations and offenses committed at the Education Ministry,” the complaint says.

It calls for “prosecuting the aforementioned individuals over the offenses of embezzling and wasting public funds, bribery, job exploitation, abuse of power, intimidation and others.”

“The Prosecution is now expected to call in and question caretaker minister Majzoub, to review the statements that were broadcast on national and international television, and request credible evidence that support each accusation,” said a statement issued by Bou Saab on Tuesday.

“Failure to provide proof of the ‘individuals (involved in) the offenses of embezzling and wasting public funds, bribery, job exploitation, abuse of power, intimidation and others,’ will show the case to be a smear campaign of libel and defamation,” the statement added.

It noted that Majzoub “launched the attack after several lawsuits were filed against him by Dr. Nada Oueijan accusing him of several offenses (including but not limited to) fraud, abuse of power and repeatedly breaking and acting above the law.”

Bou Saab has meanwhile invited Majzoub to “an open public debate on television to provide the Lebanese people with full transparency of information and supporting evidence for the public to ‘judge and see the truth.’”

Bou Saab went on TV Monday, reiterating that the invitation to go live is aimed at “settling the accusations once and for all.”

The ex-minister then insisted on Majzoub to otherwise press charges in court against any individual that is violating the law.

Bou Saab however said that any allegations filed have to be fully supported with evidence, otherwise Majzoub must expect a lawsuit for “running what is clearly a libelous and defamatory smear campaign with no proof, purpose or objectives other than to distract and hide his own poor performance as a minister.”

Majzoub has yet to accept Bou Saab’s request to a live appearance.

Nothing will come of it, the ruling party Kizb will cover.