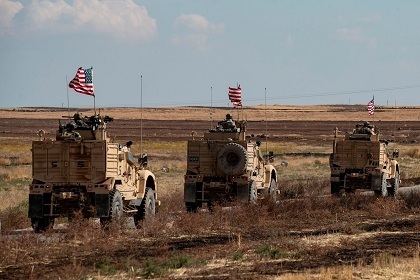 Baghdad is "not happy" with a "dangerous" threat by Washington to pull its troops and diplomats out of Iraq, Foreign Minister Fuad Hussein said Wednesday.

Several political and diplomatic sources have told AFP that US Secretary of State Mike Pompeo delivered an ultimatum last week that all US personnel would leave Iraq unless the government puts a stop to a rash of attacks against them.

Another genius decision by Trump that will benefit Iran!