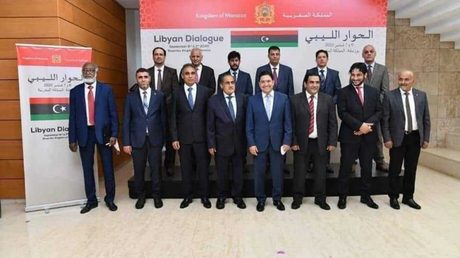 Two days of talks between representatives of Libya's rival administrations that took place in Egypt this week were "positive" and pave the way for further face-to-face discussions, the U.N. said.

The UN Mission in Libya, UNSMIL, "appreciates the efforts of both delegations and welcomes the outcomes reached during the discussion", it said in a statement late Tuesday after talks in the Red Sea resort town of Hurghada that began on Monday.

The talks, between representatives of an internationally recognized Government of National Accord and Khalifa Haftar's Libyan Arab Armed Forces, focused on "pressing security and military issues," the U.N. said.

They addressed "security arrangements in an area to be defined at a later stage," while addressing tasks and responsibilities of the Petroleum Facilities Guard, the U.N. mission added.

"UNSMIL hopes that this positive development will contribute to paving the way towards a final and lasting ceasefire agreement," it said.

These recommendations include resuming "face-to-face meetings" from next week, the release of individuals detained in military operations and further discussion of the role of the Petroleum Facilities Guard.

Pro-Haftar groups supported by the PFG blockaded key oilfields and export terminals from January to demand what they called a fair share of hydrocarbon revenues. Libya has Africa's largest oil reserves.

The two sides announced separately in August that they would cease all hostilities and hold nationwide elections, before delegates met in Morocco in the first week of September for talks.

Libya has been mired in chaos since 2011 when an uprising backed by the West toppled dictator Moamer Gadhafi.